One of My Artistic Influences: George Quaintance

Last night when I looked at the most recently completed nude, To the Victor go the spoils, it occurred to me that it was highly reminiscent of the works of George Quaintance, (June 3, 1902 – November 8, 1957), one of the most famous and influential physique artists and photographers on the mid-20th Century. 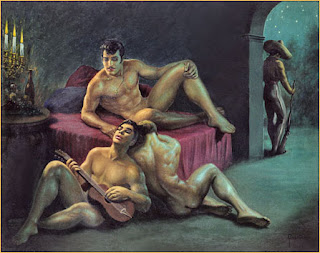 Of course, as an artist he was much more than that, set and costume designer, dancer, hairstylist, interior designer and window dresser, but it is primarily for his pioneering work as a physique artist that Quaintance will be remembered for and for which he deserves his place in the pages of gay history. 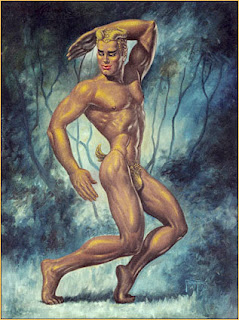 A more detailed biography of this extraordinary man and his life and work is available at the GLBTQ Encyclopedia. 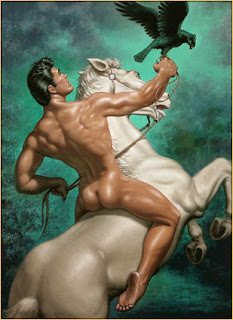 His Adonis-like models, scantily clad with their private parts strategically hidden behind loincloths and towels, or the occasional rock or pot-plant, seem somewhat innocent and kitsch to the eyes of modern gay society.  To me they represent a pure escape from the repression of the times, portraying an idyllic gay life (his models look like they are having so much fun!), which back then must have seemed impossible to achieve. 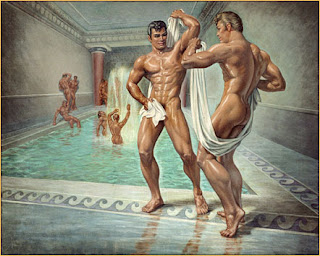 Thanks to people like George Quaintance, we have come so far, but still have a long way to travel.