One of My Artistic Influences: James Bidgood 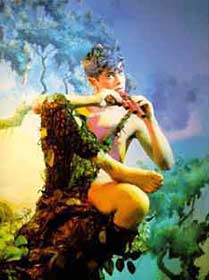 Back in the 90's I lived very close to an art cinema in Fitzroy, Melbourne, I can't remember it's name.  They used to play some very rare and valuable classics that you would never see screened anywhere, and most weren't available on video at the time either.  Anyway, one of the treasures I saw was Pink Narcissus, a cult movie which was attributed somewhat mysteriously to the director "Anonymous."  For many years it was thought that either Kenneth Anger, or Andy Warhol had directed, but was in fact James Bidgood.
I was immediately struck by the beauty of the art direction, the use of colour and music and a near dialogue free screenplay.  It was the most colourful, homo-erotic display from a time of innocence gone by. 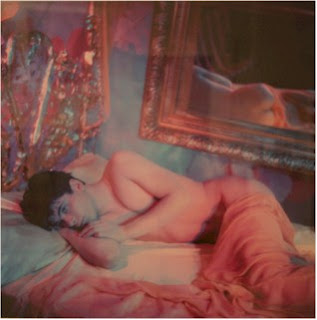 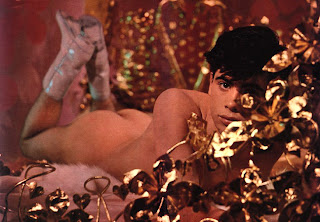 Bidgood relied heavily on scenery and costume for his photographs, his influence on succeeding artists like Pierre et Gilles, Steven Klein and David La Chapelle highly evident.
The publisher Taschen, released a monograph of his work in 1999, including stills from the movie and an unprecedented collection of most of his previous work as well as photo's of his costume and scenic creations. 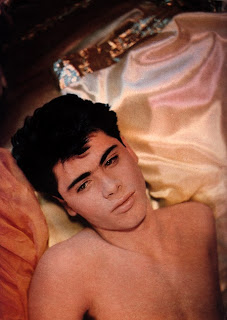 Born in Wisconsin in 1933, James Bidgood is still exhibiting thanks to a Creative Capital grant received in 2005, enabling him to return to photography after a hiatus of 40 years.  His most recent work being featured in Out magazine in February 2009.
He is truly a pioneer of gay culture and it is fitting that his influence and impact on our community is finally being recognised. 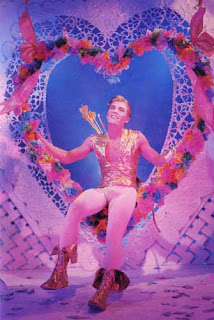 You can read a 2005 interview with James Bidgood at Bright Lights Film Journal where he talks in depth about his influences and Pink Narcissus.