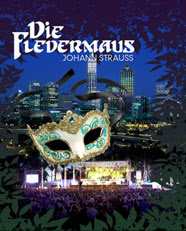 The year kicks off with Opera in the Park on February 5th, this year it's J.Strauss' ever-popular confection, Die Fledermaus.  Quite a good choice for opera in the park, I guess, if you like operetta, it's frothy and bubbly and popular, but this is the third year in a row of light comedies, and yes I include L'Elisir d'Amore in this catagory.  I must admit to loving the operatic choices of the years before more, Madama Butterfly with Aivale Cole, Samson et Dalileh, and Gotterdammerung, but I am at heart an operatic traditionalist! 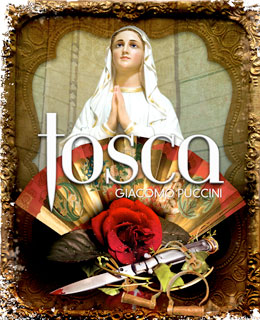 It's been a long time since Puccini's Tosca was last performed in Perth and I am happy to say that this year brings us the new and somewhat controversial Opera Australia production starring Anke Hoppner, Dario Valonte and Teddy Tahu-Rhodes.  I adored Hoppner's interpretation of Puccini's Girl of the Golden West a couple of years ago and look forward to her Tosca with much excitement, she has the perfect sized spinto for the role and an endearing stage prescence.  And Teddy, well, what more can I say?  He caused a stir at the Met recently with his Escamillo, and is popular at Opera Australia, so Scarpia should be an interesting excursion.  Having only seen his Ned Keene in the the Met's production of Peter Grimes on DVD, I am looking forward to this interpretation immensely.
I still have memories of the WA Opera Tosca from the late 80's with Jane Eaglen at the beginning of her international career singing Tosca, it was a great night of dramatics, but the highlight of the evening for me was after the performance, meeting Ms Eaglen and talking opera over a beer! 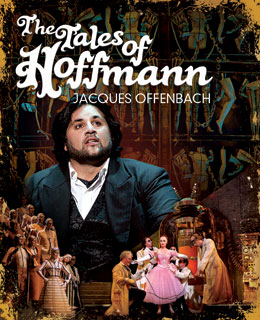 The other offerings for this season include The Tales of Hoffman with Rosario la Spina and Rachelle Durkin, fresh from her La Sonnambula triumph of last year, playing all four heroines.  While it isn't one of my favourites, it does have some wonderful moments, particularly for the soprano.  I am keen to see these two singers together in these roles and it will be nice to see Durkin matched with someone of her musical abilities. Another opera that hasn't been seen in Perth for many a year is the final opus of Verdi, his Falstaff.  I was a teenager when the Tom Lingwood designed production was last performed here in the 80's.  A jovial take on the Shakespearean comedies, it brims with humour and many musical delights.  The final ensemble is comedy at is highest and this youthful ensemble looks like it will truly deliver!
Just a note on the artwork for this Season, BIG improvement on last year, keep up the great work!
You can get info for the new season from the website.
Do yourself and your cultural community a favour and support your local Opera Company!