Things To Do This Weekend, part 1: Die Walkure 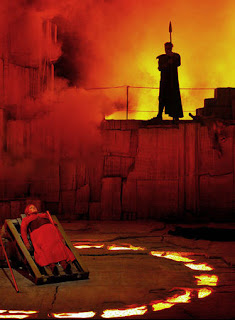 You have got to love modern technology when you can go to your local cinema and see HD simulcasts of some of the most modern performances of Theatre, Opera and Ballet from great performance spaces around the world.  The National Theatre in London, Opera Australia, the Bayreuth Festival, the Royal Opera and Royal Ballet, and of course the Metropolitan Opera all now have productions screening in Hi-Definition digital sound and film.  And at around $25 a ticket, where else are you going to see such amazing work for such a price? 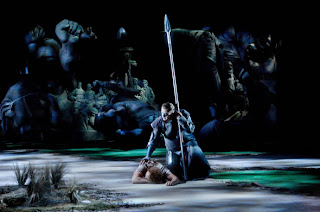 This weekend is the Bayreuth Festivals latest production of Wagner's Die Walkure, screening locally.  This production marks a change of the guard following the retirement of Siegfried Wagner as Artisic Director in 2008 and the succession of his daughters Eva Wagner-Pasquier and Katharina Wagner as directors of the festival. 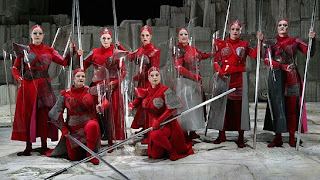 From what I can gather the production has had mixed reviews, being somewhat controversial, mostly concerning the staging but the singing has been highly praised.  You can see it at Cinema Paradiso in Northbridge on Friday, Saturday and Sunday. 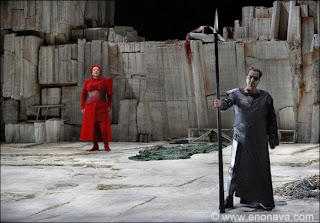 I am looking forward to this production immensely, love a bit of controversy onstage (check out the red leather-clad Brunnhilde and sisters!) especially if it's well sung!