Turandot on Sydney Harbour - the Movie 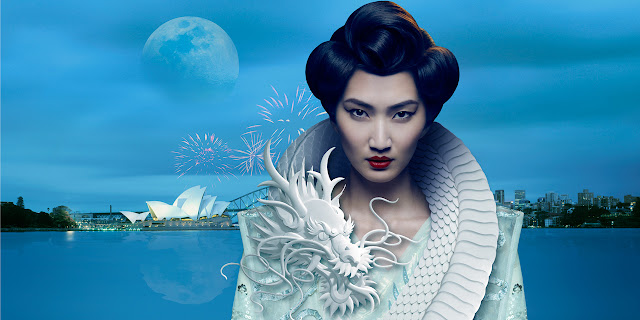 Courtesy of West Australian Opera I had the privilege of seeing this year's Handa Opera on Sydney Harbour, Puccini's final masterpiece, Turandot, which screened at the Grand Cinema, Warwick.
Nornally I am rather hesitant to view these huge outdoor extravaganzas as they often substitute quality for spectacle, but this year I was in for a treat.  Although slightly cut as expected, the opera was thrillingly performed by soloists and orchestra alike, led by the ever brilliant Brian Castles-Onion.

There really was no weak link in the casts which was filmed but the standouts for me were Hyeseoung Kwon as the lovelorn slave-girl Liu and Riccardo Massi as a very credible Unknown Prince.
Below is the official trailer to whet your whistle on a Wednesday.  Personally I am counting the days to a DVD release, which surely must be on the cards given the success of the previous releases from seasons gone by.