I can't stop listening to this... 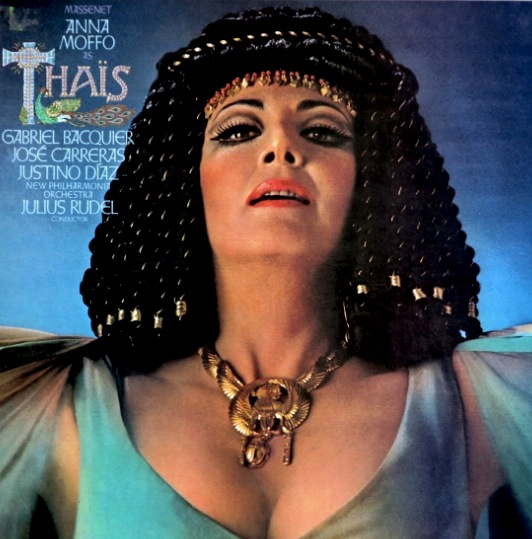 ...and have been for that past couple of days.  After some comparison with the Renee Fleming version and on occasion with the Sills version I have to say this is far preferable, even given the eccentricities of the diva, recorded in her late prime.
It's such an atmospheric recording, led by Julius Rudel and I've come back to it all week.  Gabriel Bacqier and a young Jose Carerras are both to die for and Rudel  brings out so much of the orientalist aspects of the score more do than any other conductor, just listen to the offstage effects and you'll hear what I mean.
Even though this is a rather eccentric recording from Anna Moffo, recorded very late in her career, given repeated listening it actually works. Yes she scoops, she dives and she croons like a jazz seductress with high notes not what they used to be, but this has fast become my favourite recording.

So far as I can tell it's not yet available on CD but if you're curious send an email to artist@blairparkinson.com, I might be able to help with a download from an LP source.  Have a great weekend.