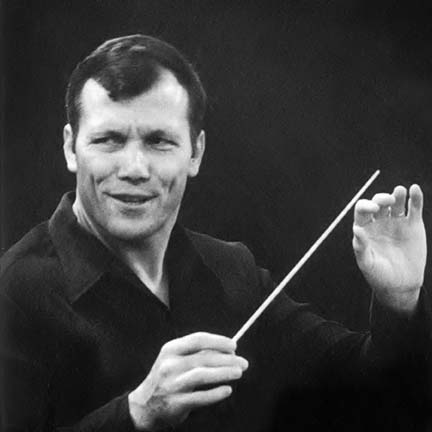 The French Conductor had passed away aged 92.  Mostly renowned for his work as an Opera Conductor and in particular with his work with Maria Callas, his work in the French Repertoire will also be fondly remembered.
His recordings of Carmen and Tosca, not to mention the studio recital discs with Maria Callas, his 'Samson et Dalila' with Vickers and Gore, 'Werther' with Gedda and De Los Angeles, 'La Traviata' with Caballe and Bergonzi, 'Lucia di Lammermoor' with Moffo and Bergonzi and 'Les Pecheurs des Perles' with Vanzo and Cotrubas have all been part of my life for so long.
There is one recording of his however I absolutely treasure and it's not one of the above or even opera.   It's a disc of French songs by Ravel, Debussy and Duparc with Victoria de los Angeles.  It contains a ravishing, shimmering account of Ravel's Sheherazade song cycle but as a personal musical tribute I'd like to showcase this simple Ravel song from his 'Deux Melodies hebraiques': Kaddisch.