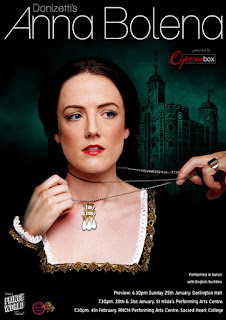 In 2014-15 I had the pleasure of working with an amazing group of singers and musicians in Western Australia called OperaBox.  I designed the sets and projections and due to the extremely tight budget I kept it mostly to projection.  The production was nominated for a FringeWorld Award for Best Theatre, something I'm incredibly proud of being a part of, not to mention being part of the wonderful team that put this production all together.

The 2016 revival in Albany, Western Australia saw me revisit my designs and offered me the opportunity to enhance them to where I originally wanted them to be.  Throw in the chance to add to the physical set and you had a very happy Set Designer.


Here is a short video showing all of the scene changes as experienced in the revival of 2016. My intention was to depict the passing of stage time throughout each scene, opening and closing with the traditional curtain up/curtain down.